While work continues in the kitchen, we are also focused on finishing the Master bathroom.

I have a terrible addiction to “before and after” pictures. Sometimes once everything is torn out of a house, we start to forget what it looked like before. The transformation from “before” to “after” never ceases to amaze me!

Here’s are a quick “before” picture of the master bathroom mostly because I had to go back and look at it myself just to remember what it looked like!

This is a small bathroom remodel, and the toilet and shower are separated from the vanity by a door. We installed new tile flooring and a new tile surround in the shower, and we also added a shower niche. In a small shower like this, a niche is a great thing for storing those shampoo bottles out of the way! A niche can be added to most spaces for a minimal cost.

We replaced the toilet and shower fixture as well, and when the new shower door gets installed next week, we will also be installing grab bars in the shower and next to the toilet. The grab bars are a great feature if you are thinking ahead and planning for your “golden” years. (I’m really not sure if that is what they are called…..I just know I am headed that direction)!

A few more finishes are still ahead, but it is coming along nicely!

The homeowner decided that she would like to keep the existing shower pan. She didn’t want to replace it. This is not really a problem, we can usually work around that, but the age of the shower pan really showed after the new white surround tile was installed.

Before we can install the new shower door, we needed to fill the holes in the shower pan from the previous door so that there was not chance of water getting in them in the future. Our subcontractor who specializes in fiberglass fixes like this took a look at it and also asked if we would like to resurface the whole shower pan.

The cost to resurface the pan was an addition that was in the homeowners budget, so she gave us the go ahead. We were both very happy with the results!

About half a days work, and no setback to the schedule, and the results are PRICELESS! 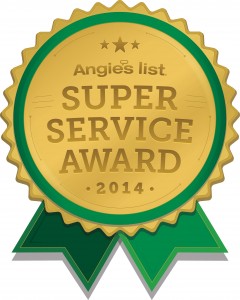